Rhys Cooper is a illustrator based in Melbourne, Australia.

For many years, Cooper lived a double life between as fashion designer by day and as a sketcher by night.

Suddenly he discovered the world of gig posters and his name started to spread around into the music world. He worked for such bands as: Rage Against the Machine, Queen of the Stone Age, The Foo Fighters, Pearl Jam and many others.

In this serie, he created a remarkable collection of images related to dead celebrities of music called “Bad to the Bonez” and also a special tribute to Walter White epic ending. 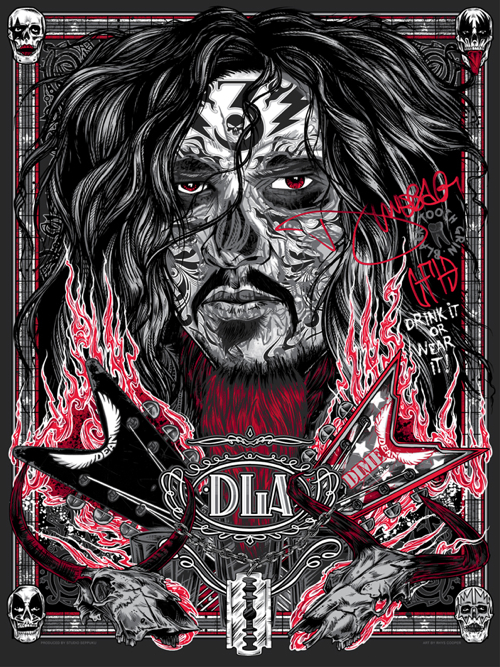 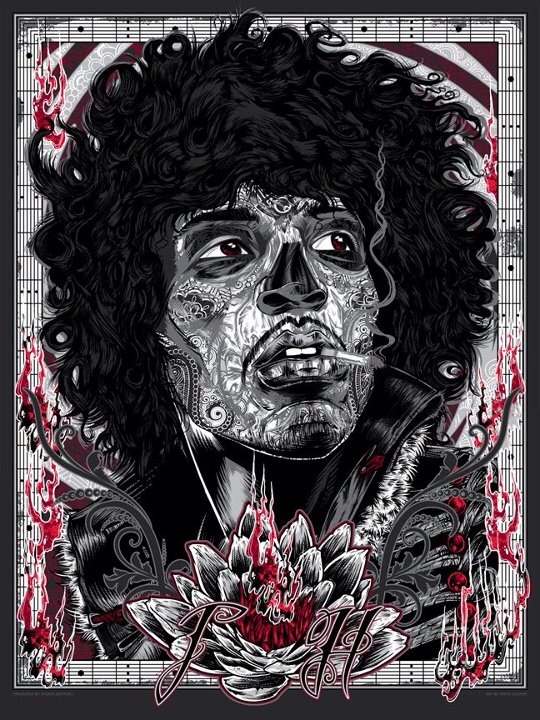