Dennis McNett was born in 1972 and grew up in Virginia Beach, VA. He moved to New York in 2001. He has been carving surly block prints for over 18 years. His encouragement as a kid came from his blind grandfather, who told him over and over again that his drawings were good. Later influences came from the raw high-energy imagery pouring out of the early 80’s skateboard and punk rock scene. 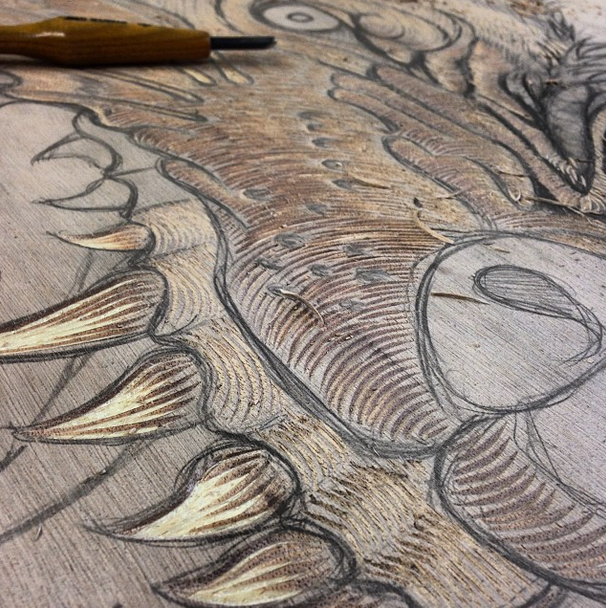 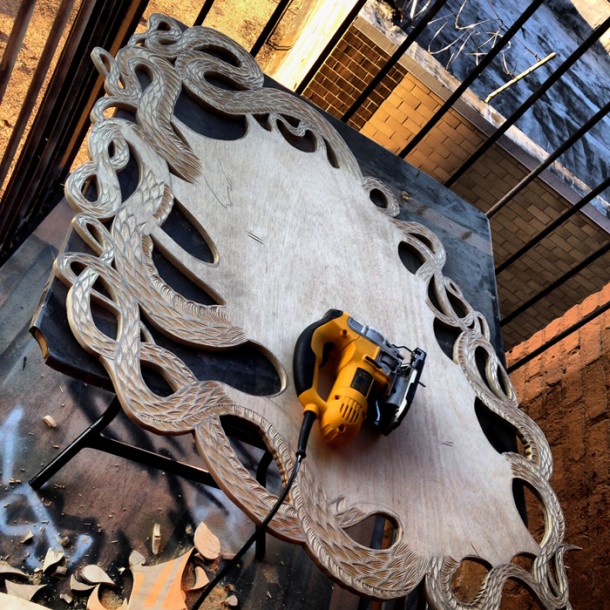 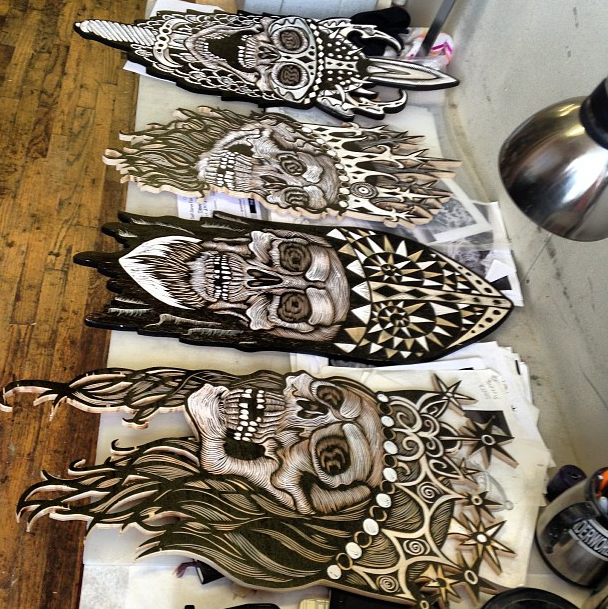 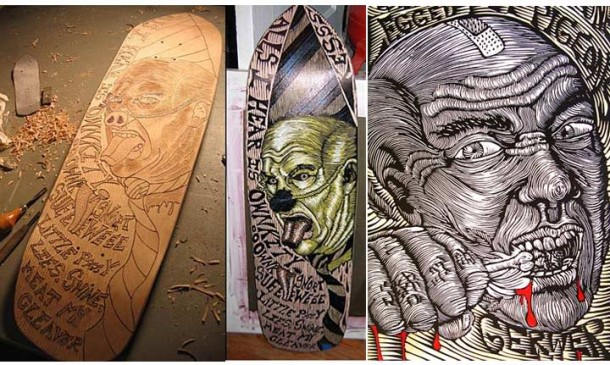 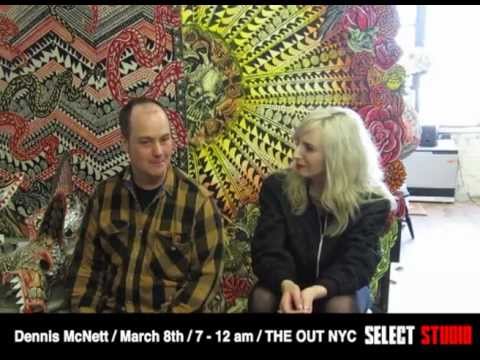