Photographer Sandra Hoyn was on vacation in Thailand in 2011 when she happened upon a Muay Thai competition near Bangkok. Known as “the art of eight limbs” where almost everything on the body is used including elbows, knees, and fists, Muay Thai is a full-contact sport and one that is considered extremely difficult. Professional fighters often deal with broken bones and concussions.
What shocked Hoyn the most wasn’t the sport as much as the competitors: Children as young as 6 years old were in the ring. She immediately contacted the coaches and children to photograph the fights for a series she titled “Die Kampfkinder,” or “Fighting Kids.” 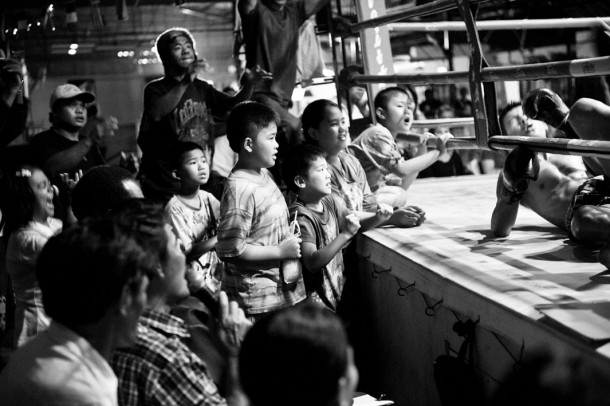 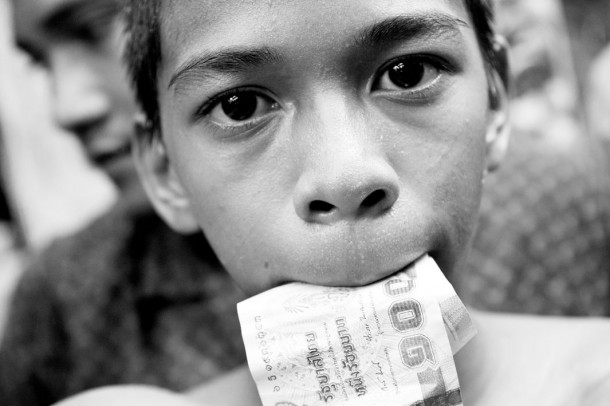 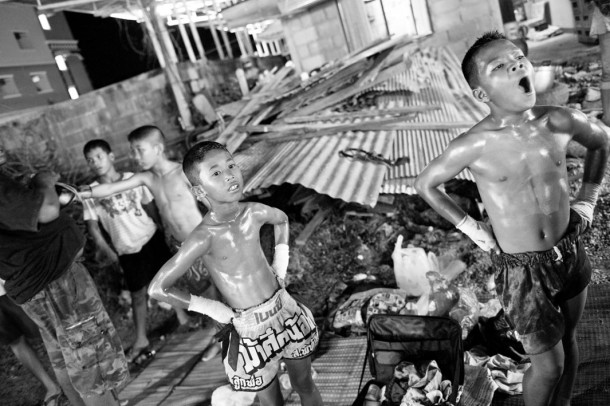 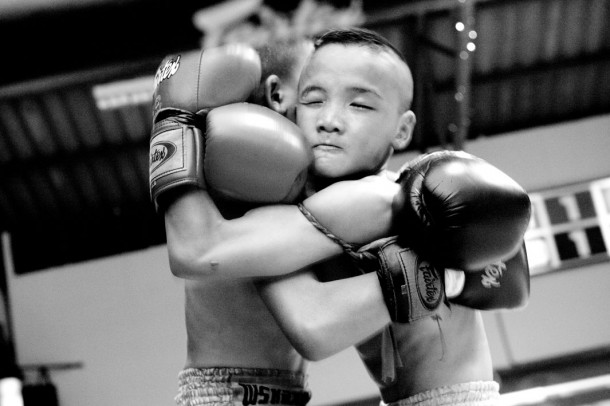 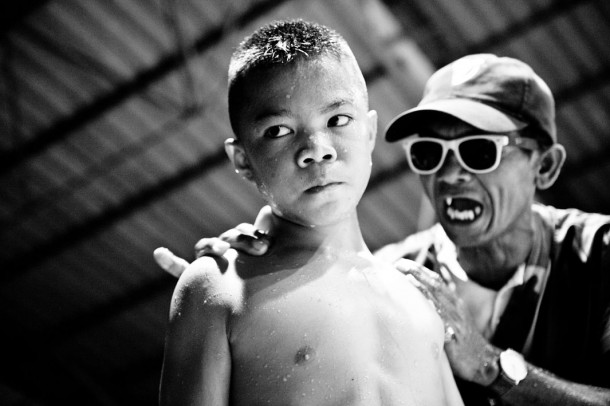 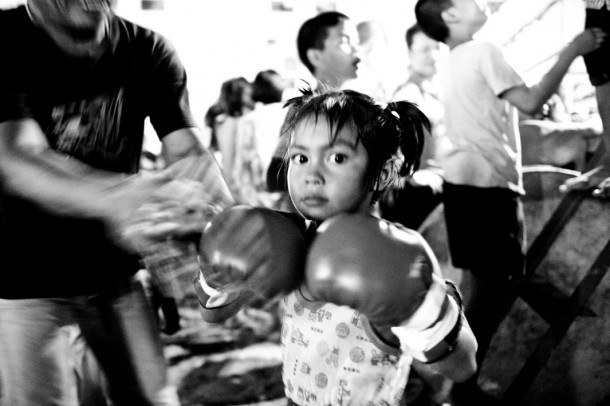 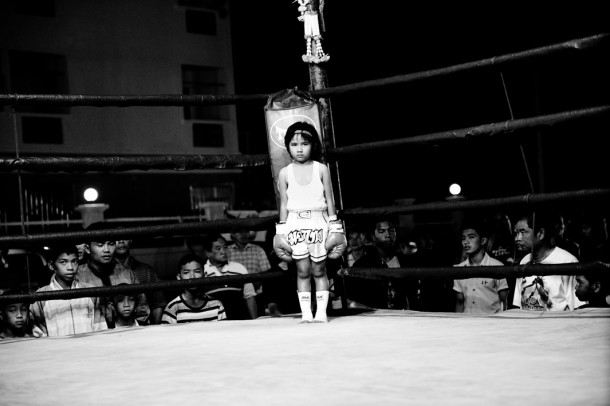 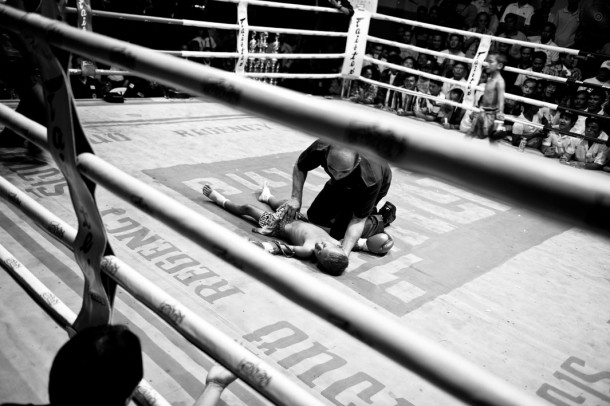 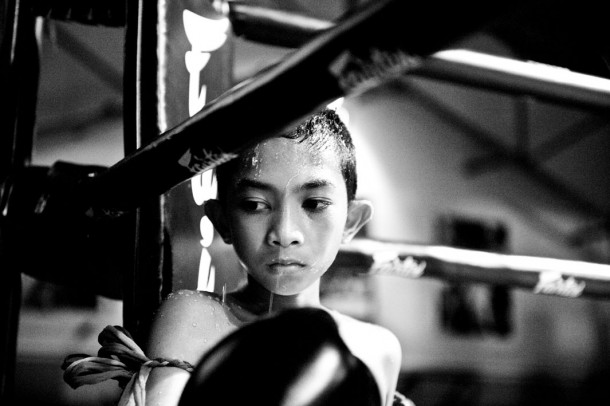