He currently lives in Bucharest and works as an Art Director with an advertising agency. In his early carreer he often found himslef juggling with various illustration styles and media, but his more mature work clearly underlines his passion to create bizarre characters and surreal worlds. His final works are ellaborated, with a dark feel about them.

He never plans or sketches a drawing, but prefers to pump every bit of his spontaneous creativity on any type of canvas he has in front: a piece of paper, a tablet, a wall or a napkin. This is how every work gets an organic, unique feeling. He goes by the motto “If I see it, maybe i’ll feel it. If I feel it, fuck I’ll draw it”.

Noper has worked for famous clients and was included in “Luerzer’s Archive: 200 Best Illustrators Worldwide 2009/10“. The print-ad he had done for MTV with Leo Burnett Lisboa has won a Bronze Lion at the 2010 Cannes International Advertising Festival. Recently he was a finalist in the 3rd Season of Layer Tennis. 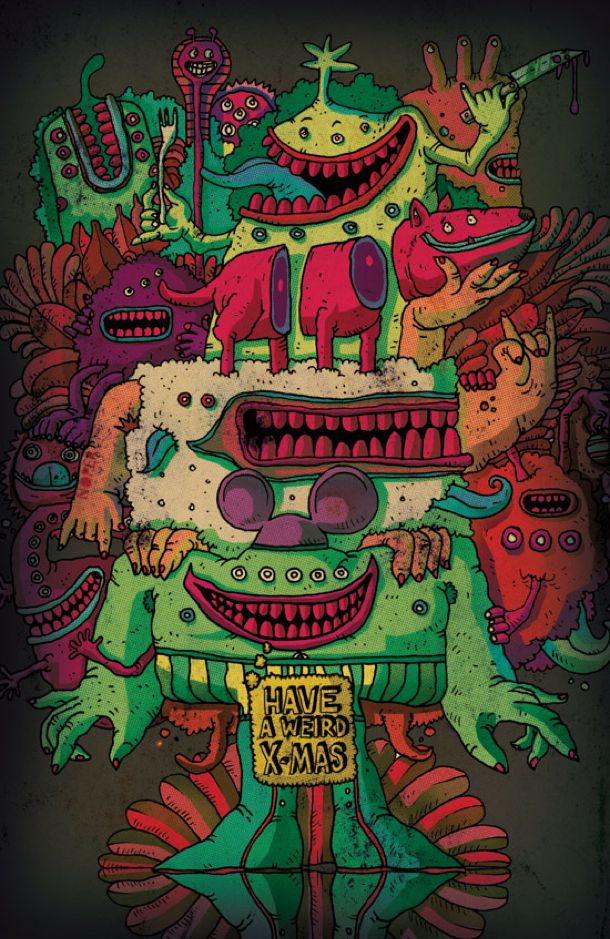 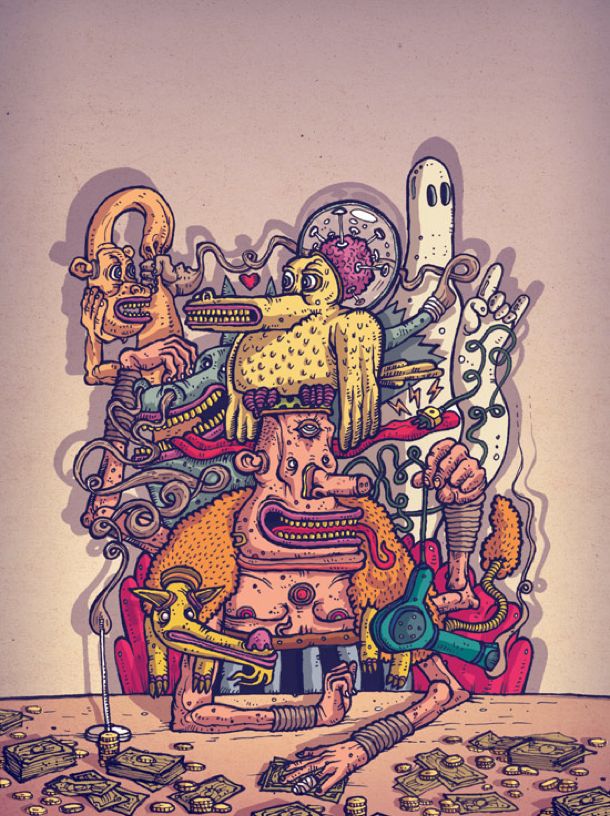 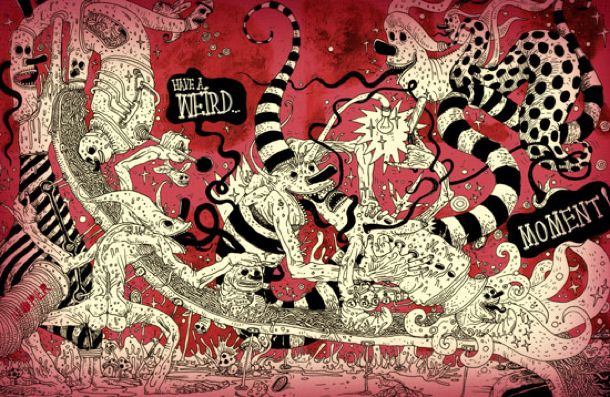 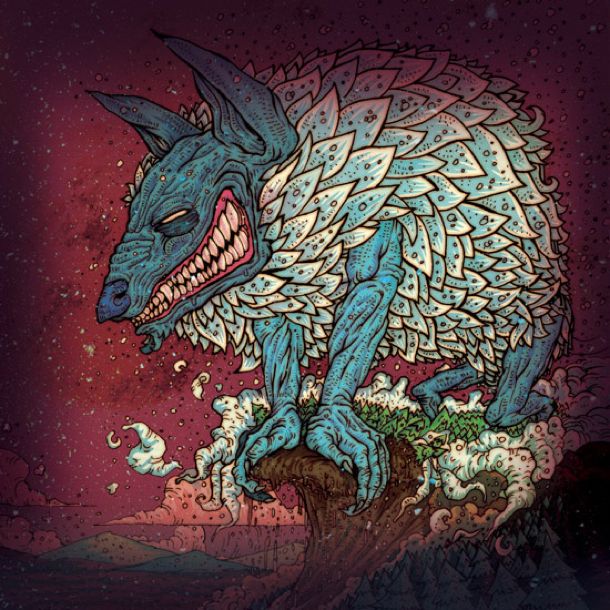 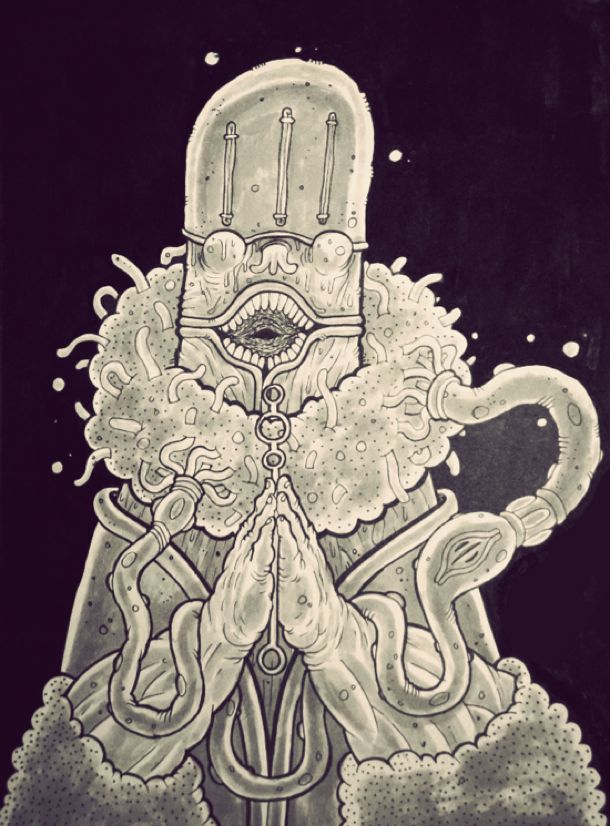 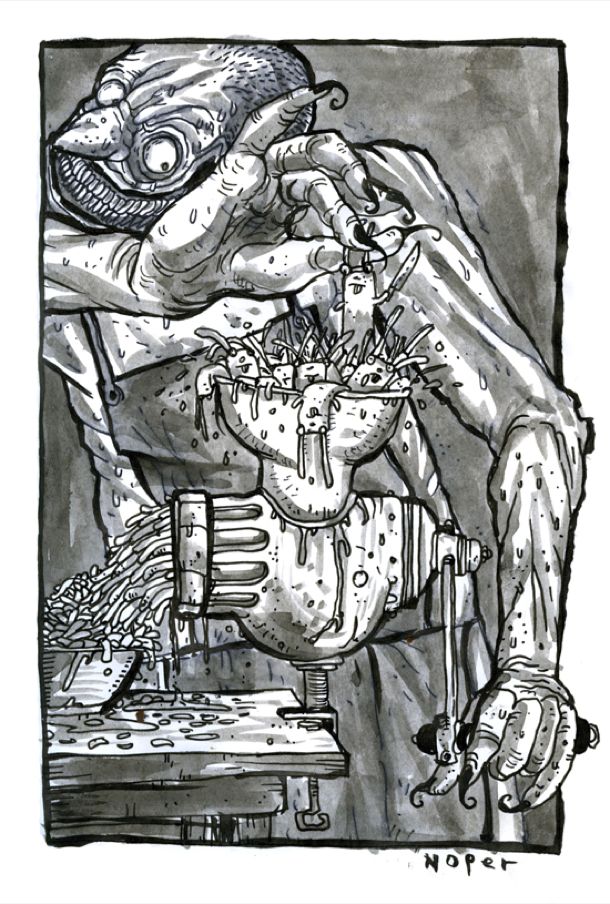 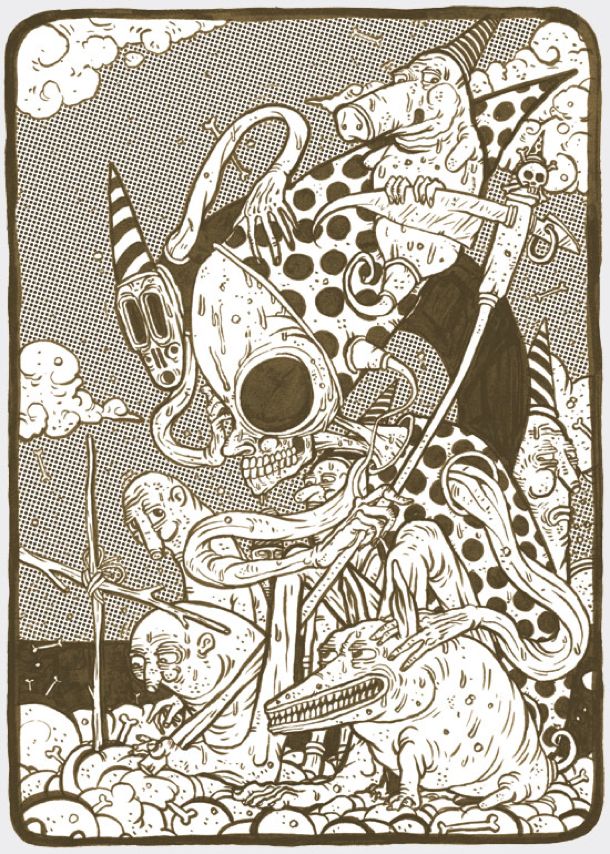 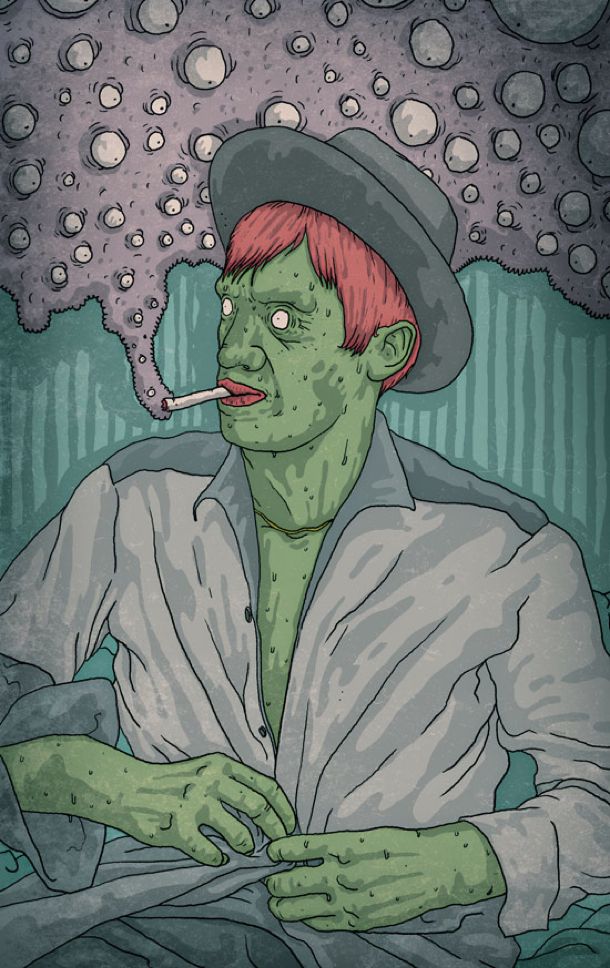 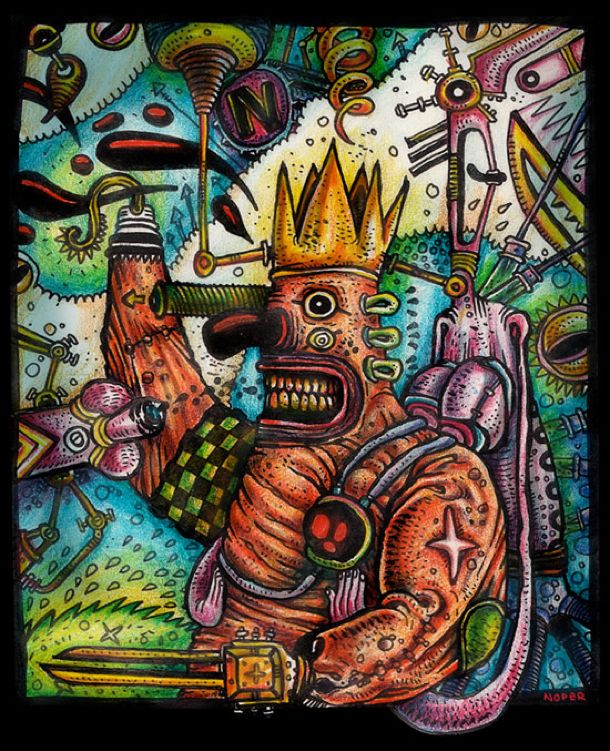 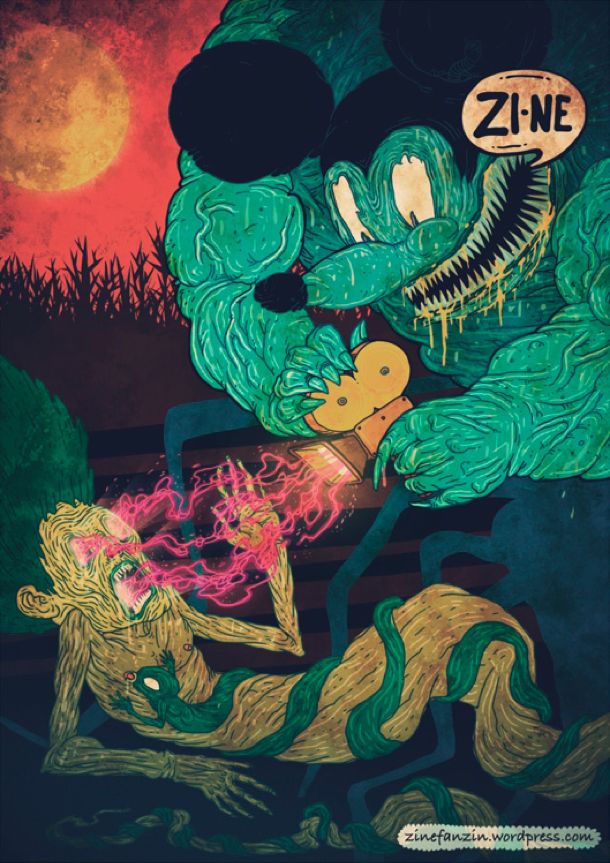 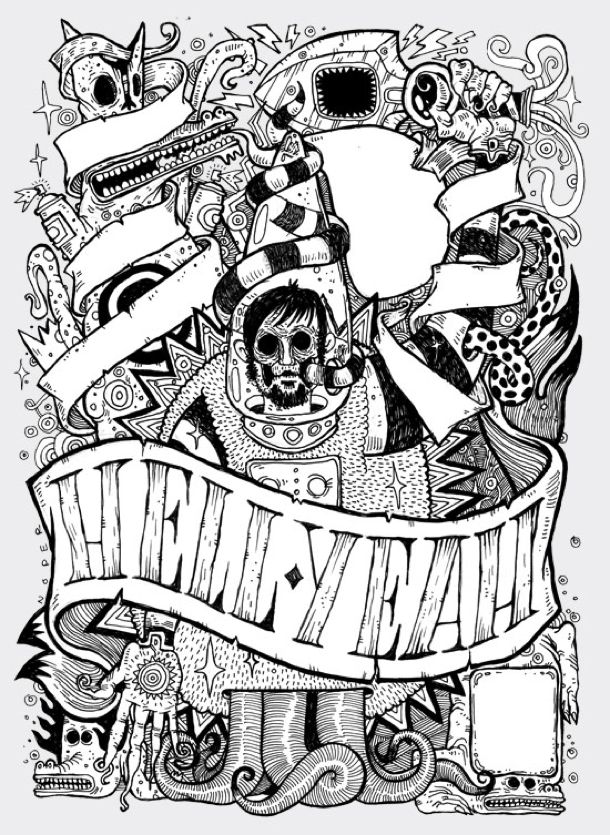 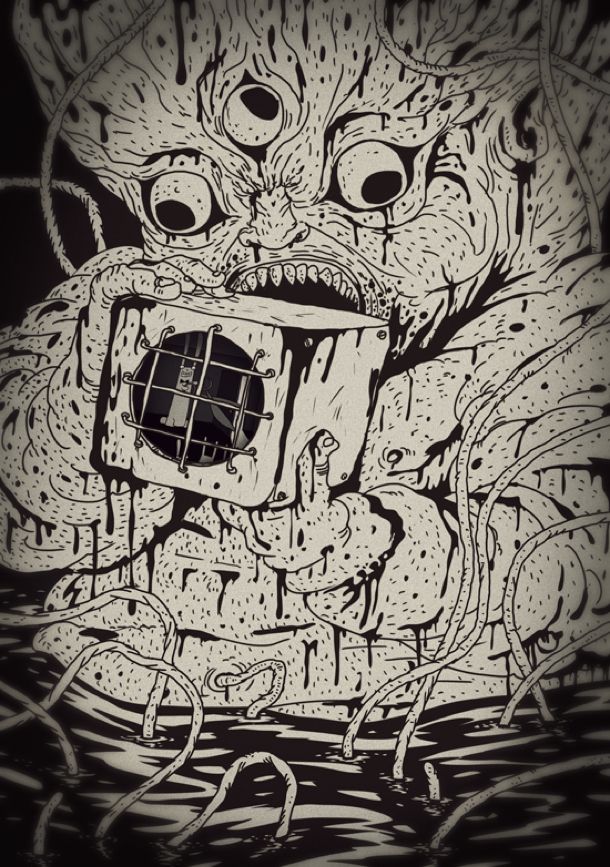 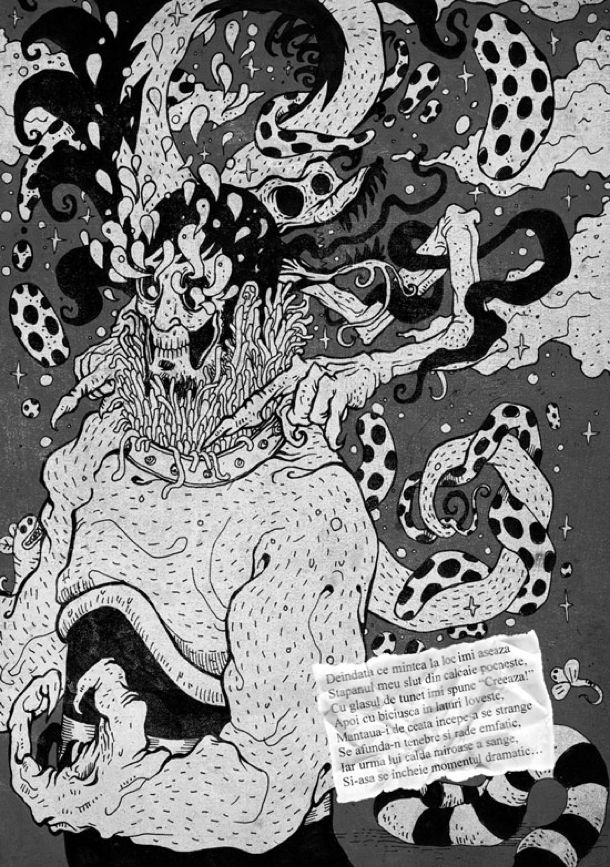 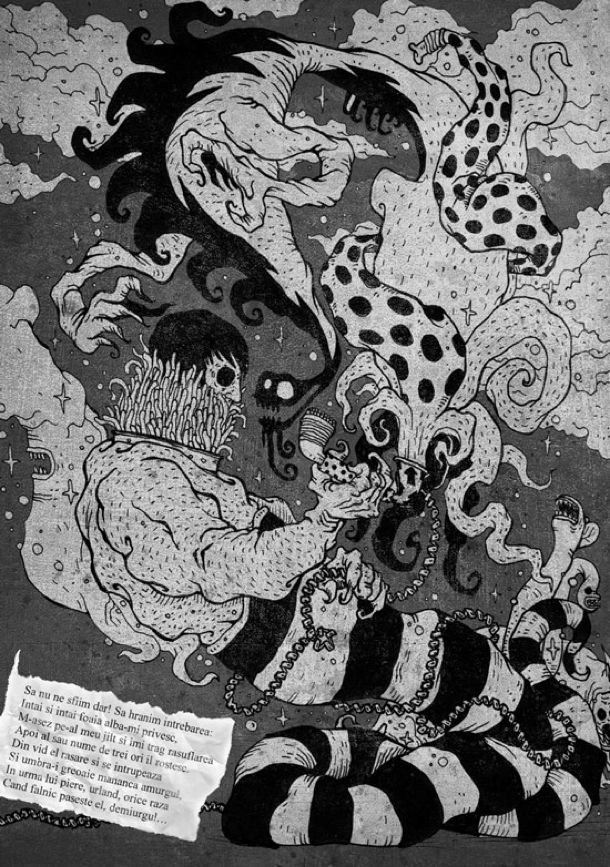 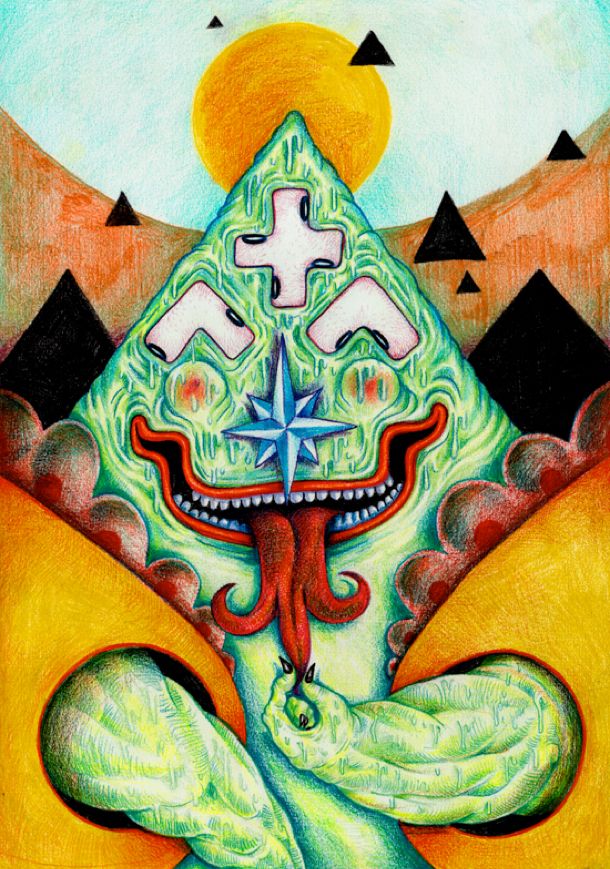